Focusing on the illusion of time.

It's been pointed out by a number of people that time is an illusion. The measuring units of seconds, minutes, hours, days, months, years and millenia are inventions, not discoveries, and actually do not work exactly. We run out of, or into, moments every so often, and the last one I heard about was when the Japanese added or subtracted a second to a year not long ago. The Swiss were too busy to get involved.

It's okay to joke about these kinds of things, but the implications are huge. What we believe about time changes everything. In the Western world, you begin at birth or conception, move along a straight line of so many days, and then die. End of line. Christians say that you begin at birth, or conception, live for three score and ten years, and then go to heaven or hell, and you get one shot at either of these two, and as my Irish friend told me, if you miss it, it's a total miss. The Eastern way of belief holds you may come and go many times. I am over-generalising, of course, but the point is that each one is born into a way of thinking about time and eternity.

I am happy to concede that time is an illusion. My watch, which is so Swiss that it's face is a franc, is one of my favourite things. I like to be punctual, and I like things to work on time. Yet I am aware that being born on a planet with specifications that connect with a solar system and sidereal dynamics immediately takes me out of the time system and into a multiversal anti-system. Goethe made the remark that he was convinced that he had been around and would come around very many times, and that was still within the solar -system time-dynamic. 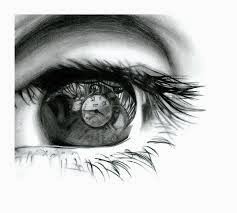 I find it weird that so much that has happened on this planet is taken for granted. I lie awake at night trying to fathom out how organisms could have become independently mobile. What on earth happened to result in the crust of the earth to make coagulations of breathing dust independently mobile and thereafter capable of believing that each one is an isolation, and inevitably entrapped in sixty seconds a minute at the expense of very much else?

It's one thing to think about time being an illusion, it's another to notice that it actually is an illsion. 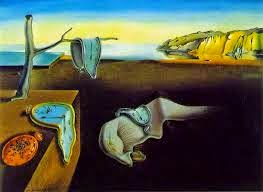 Some of the implications of no time are the following:

"time is money" is folly of the most short-sighted kind

when the heart communicates, it's away and out of time

and the most telling one of all:

what you experience now, contains what God the Creator imparts to you. 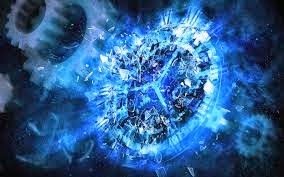 Alertness gets out of the line of time, inasmuch as time isn't a line a but something tangential to the vastness of eternal living which is what we are part of. Not hard to grasp, but business and belief don't want to go there. Biofocusing focuses from and on being eternally alive. A Christian jingle won't verbalise that kind of living from the core of the core, neither will the commitment to the malevolence of ISIS do so. You don't have anything to add to livingness except for your alert attention, which, when emotionally integrated and intellectually adept, conveys a vaulable  commitment, the activity of which is relative to who you are and where you are. I can't include "when"you are, because we're saying that time is an illusion. But the spirit of any era is real: spirit defines time, in that sense, and you may enjoy it, or are called to witness against it, as the case may be. The spiral will tell you all about it. The one-liners are for jokers. 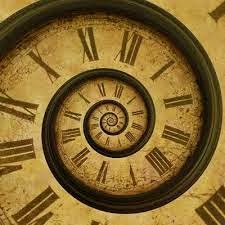 Posted by Prof Walter Harry Willies at 09:06 No comments: