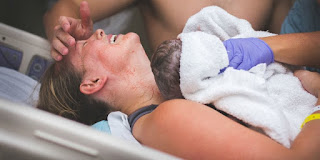 It's difficult to be truthful.

There are a few reasons for this: mankind is technologically advanced but not spiritually enlightened, also not philosophically clever, morally evil, verbally stuffed, to put it politely.

We speak and do not know of what we speak.

I have learned a little about respect, which means that you recognize and act appropriately to what's in front of you.

Physiology is truth. It's worth pondering, because everything boils down to experience, at least on this planet, and concepts are concepts, and birth is birth and death is death. Woody Allen said that there are three real things, birth, sex and death. My brain registered that, too.

This is why I don't like truth. In the end it boils down to a sense and formalization of truth.

It's not a helpful word.

But it means something really big and unavoidable.

If you talk to me about truth, be prepared to walk across a few boundaries of soul, and to declare. One of the fun things I've learnt about truth is that as well as being for real, it's also about joy.

As a child, I enjoyed going into the docks ts Cape Town harbour. The customs officials required us to stop, be looked at, and then waved on. Sometimes we had to open the boot, just for fun. We always had nothing to declare, we were just going for a joy-ride.

But then another way of attention crept in: truth was a total commitment, a no-return ticket, an eternal embrace from which there is no return. A very religious way of defining the ocean of emotion. I had to buy in, there was no other way.

If you focus on the sense of truth, you will soon discover your limits, learning and heart-language. Your heart-language is what you say before you say it. Your heart is God's, naturally, unless you deliberately choose otherwise, which is a little bit stupid.

So what does your heart say? What is it's truth? When my music teacher died, I thought I'd try to be psychic. So I practised a bit and then asked him what was going on. He said it was beauiful where he was, that he'd died of heart medication, and then, the important bit, that heaven necessarily involves spontanaeity.

Truthfulness, when it comes to words, as any child can tell you, is spontaneous. Reflection comes after, purpose follows, action results, maturity is learnt, wisdom is born. Maybe without words.

I have huge respect for educationists who know what they're doing - thank you John Gilmour, Graham Nolan, David Knowles - and for medical practitioners - there are many - and for a few priests. Some of them are not formal, and don't know they are priests. Julius Smeets was a friend, a formal priest.

Back to truth. What a word, and I wonder about the story behind it. Of it.

I think that if you want to experience truth, tell your story to someone who knows how to listen. Or even to someone who doesn't. In the heart, there's something really fierce. And clever. And intelligent. We're not taught about this in schools or universities.

I am not a woman, and I don't know about giving birth. But I will tell you about the fierce things in my heart, and about arriving on this planet, and about re-cycling, which is green and good. Although the humans can be so evil, there is a cosmic capacity for redemption. Shoreshank is good for that, so are many other stories, and that fierce and lonely thing in your heart which wants and avoids words is also good for that.

The ultimate story is not about repeating but by creating daily, even minute by minute. And really, it doesn't have to be as solemn as some would have it. Thank you Anthony, for making that clear.....(he's a priest).

For truth, go to heart.

For heart, go with truth.

In between, there's language and story. Good luck! Better, good birth.....bodies are born,
mind arrives, meaning is made.