Focusing on the sense of story 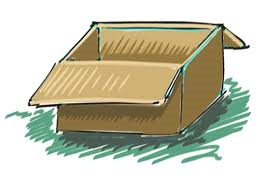 Story precedes langauge. It's a provocative statement. But I think it works. And by the way, I don't think much of the word "truth" anymore. I've experienced far too much of what other humans use as truth, and hardly any of it sits well with me. If you appeal to the authority of truth I'm not listening. Sure, there's a sense of truth, but it's more gut-like than cerebral, and that's what it is. Of the gut. Not of a special concept like a formal god you can't escape. I'm less interested in what's true and more interested in what works. Thanks, Dewey.

There are so many exciting ways of introducing the sense of story. Character, context, crisis. Relationship, romance. Juxtaposition, jokers.

Let me explain why the sense of story means as much and maybe more than the sense of love to me. My upbringing was about Bible stories. Every Biblical book, character, theme, purpose and plan was put to me as I began to know language, and I was made to listen. So I listened. My guts boiled, and head was confused. This was demanding stuff! I was required to take a stand for the entire universe. God lived or died in the name of Christ, depending whether or not I accepted something I couldn't work out. And if I failed to work it out, I couldn't do it, and if I didn't do it, to eternal punishment with ghouls, goblins, ghosts and the devil himself I would go.

Believe it or not, my neurons are still nervous, even though I have worked hard to organize a very rational mind. What you experience when you're young really is important, and the early relationships are critical.

My parents did not love me. I'll take a moment to explain this because anyone who knew my parents would be horrified to read this. They were unquestionably honourable and honest people, they did their best for family, friends, church, community. Probably not country. They prayed but my father refused to vote because voting was a worldly system. Love is realized and created emotionally. The intention thereof arises from awareness and action. But what was their emotional reality? With hindsight I realize that my father was terrified of God, because of his father, whose story I won't go into  (he seems to have been a mad missionary), and my mother was utterly homesick for the country and community she had left to commit to this lot. That;s what I grew up with. It's not so bad. Far worse has happened to very many more.

Historical context is a good place to locate the sense of story. Never mind the psychology. Do a Frank McCourt. 'Tis. Do a Robert Ruark: Uhuru. Do a William Styron: Sophie's Choice. He wasn't there physcially, but spiritually he was. He suffered depression. Not surprising.

Love is a word, and the reality behind it, with it, because of it, is many more words that lead towards awareness of unpredictable emotional metastatis. The opposite of cancer, love is about controlled growth, economic (imporant for South Africa now), social, spiritual and personal. Yet "growth" is also a word: what does it mean?

A story grows. Do we co-operate with it, or does it co-incide with our livingness? I have noticed that how you word your important stories resonates with the unexpected, if you're being honest, spontaneous and real about what you say.

The sense of story isn't merely about being caught up in a book, movie or drama. It's about the shape of your heart. Thank you, Sting...

We all sit at the gate of our story. When we die, what happens between our atoms doesn't. There's a huge story there that no one has yet told, although Bruce Lipton has got as far as the  cell membrane, and the messages that are so astute, there.

Who tells the story you hear, want to hear, need to hear or even avoid?

To answer that you need to deal with Presence. Amy Cuddy is good for that. So is the Old Testament. Try the New Testament too, but take care, it's been hacked many times. Rainer Maria Rilke is good too. There are many, many others.

The sense of story precedes language. It's the place where language and intuition want to meet, and can't quite, sometimes can, and also instinctively know when to avoid each other.


Posted by Prof Walter Harry Willies at 07:52 No comments: