Seven obvious (meta)truths to deal with. 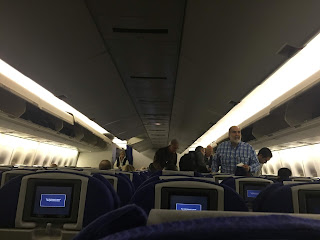 We are cosmologically connected: an ecology of atomic structures, at the end of the planetary day. Yes, organically we die, but there's something that impinges on what we call consciousness, or perhaps in our consciousness we impinge on that field of which consciousness is.

Language seldom helps. It's a later development and mostly obfuscates rather than assists communication. Humans lie a lot. Instinctively. Clarity of intent helps, and especially in respect of kindness.

Fear rules unless it's dealt with. Bullies know this. Thugs have this as a way of life. In the western world, fear of hell, death and God has been used for power purposes, and now that the general psyche knows that hell isn't a serious threat, meaningless has taken over.

No-one exists. Which means to say that your sense of self is a construct, and certainly, as fragile as the next leaf to fall. What you do with this fact, in respect of choosing a basic attitude to being alive, is crucial. In fact, cosmologically important and urgent.

Money has come to mean security. Sure, money and especially more money means we can live comfortably, even supremely, but it's a totally artificial security. Can't buy you one hour of natural life, can't grant you one iota of genuine like-ability or respect, or love.

Your self-knowledge will always be incomplete. Your own story, the most important one, goes largely undetected. This is weird. Get to grips with yourself.


Posted by Prof Walter Harry Willies at 11:08 No comments: 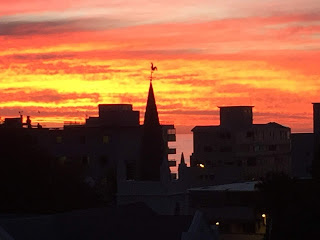 Last night I stood holding the hand of a terminal patient. His eyes looked back into mine, but without the sense of any outcome. The last time I saw that look was in the eyes of a dog I had to put down.

I see the same look now in the eyes of the country in which I grew up.

I hate being told what to think, feel, act, decide, love. Especially love. Because love means connection, and if you love your country, you feel connected to it, at an important level and in an important way.

These obtuse so-called leaders of South Africa, vying for power and position as they are, really do escape that sense of love for the land that we intuited as we grew up. And I use that word "we" advisedly. We were free to love. The landscapes, the skyscapes, the city-smells, the tastes and tests of home, the loneliness of truthful language, the erotic expectation that life would always be good and fruitful, the touches of hope that held out important expectations that have now come to nothing: when you love a country, you honour something that is felt , known and grounds itself irreversibly. African sunrises and sunsets.

This is all valuable and romantic.

But the soul of the city has overcome the country's soul. The politicians have fulfilled their promise of emptiness and disappointment, and worse, destabilisation, death and eventually, the total destruction of what once was a powerhouse of discipline, desire, purpose and punishment for failing.

Failure has become the purpose now, in this weird, dry and spiritually bankrupt country. Maybe JM Coetzee could write more novels: I don't have the time.

He lectured me and I walked out, really bored. Another kind of lesson.

Sometimes you have to recognise, not suggest.

What do you do when a country's pulse fails, when breath becomes too expensive, when heartbeat accepts a flattening landscape, when skin shudders away from a purposefully dark cruelty?

Well, what I do is count years, watch what youthfulness does, and reckon that human yearning is for something, but nobody knows what.

Let me tell you that youthfulness is a wrecking-ball in South Africa. The education system promotes bullies. That's the truth. I've been in the classroom. My leadership was destroyed exactly so that thuggery could be freed. I'm against thuggery, myself. No chance. The thugs are designed to beat all.

This is the actual curriculum for education. So you can see what's coming.

I'd like to smack the well-paid faces of educationally employed hypothetical humans. They're educated enough. They know what I mean.

With others, they've killed the country.

South Africa's corpuscles can't cope with dreams against this kind of counter-reality revolution. I was taught to fight, taught to kill. It's just that now I have the freedom to choose my target whereas in the apartheid years I found I had to choose against the target they gave me. Which I did. Whereas the enemy they described was something I couldn't find, now I can.

n the one hand I could attempt an aggressive path, hector the perpetrators of corruption and incompetence and kill them one by one: it's tempting, but needs an effective stealth which eludes general affirmation. Bit like chemo, you take out more than required. Stray bullets and bullies  speak the same language.

You mustn't become part of the terminal language.

So for now, I simply point it out. I do the Story Clinic. The real story is important to know. The situation in South Africa has turned a corner, and become terminal. There's no return to a previous health. Sorry about that.

So do we kill or heal? Is it chemo or counselling talk?

Tough call. Depends on who's listening, or purposefully not listening.

I'm for holding the patient's pulse and listening, intuiting the tide that the body uses to move on.

I hate being told how to love. I do not love what this country's so-called leaders use as rhetoric to call anyone to offer their sacrifices. I sacrifice nothing to Zuma and Silent Cyril. They offer no love, you can sense that. And as for the spoilers, Malema Inc, with them trade love for lucre.

Most unfortunately, the diagnosis is there. Terminal.

Posted by Prof Walter Harry Willies at 12:17 No comments: