The ethics of story-owning: South Africa, a case in point. 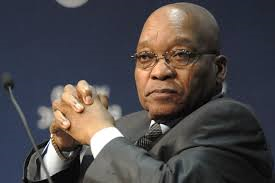 The Story Clinic is deeply perturbed about Jacob's assumption that he can own South Africa's story. Story-owning has been practised since humankind woke up to itself, and is probably the original sin. The story that anyone owns is the one closest to that organism you call yourself, and is limited. The limitations are linked to your experience, and that's where they belong. The moment you extrapolate, believe, assume and otherwise declare for others, the story expands to where it doesn't belong.

Jacob has no idea that I exist, depend on his role, experience the repercussions of his actions.

Whatever story he believes about himself, his role, his background, his identity, his value, his meaning, has not only done me no good, it's done me harm.

I'm prepared to speak for myself and my family: I am willing to stand for my own story and those close to me.

This man is harming the entire nation, and his denial of that is plainly evil. I wouldn't trash univesities and burn private property as the so-called students are. I would ask a quiet assasin to politely pull a trigger, and trash the political game. I do not hate Jacob. I have looked into my soul, and asked what the appropriate reponse is. Jesus says to love your enemies. Jacob is not my enemy. So I do not love him. I do not hate him. I have nothing against him for being black, that's irrelevant. as much as anything could be.

I hold him in utter contempt, for thinking and assuming, and feeling, that he owns my story.

He hasn't the first clue of what my story is, and that's what makes him disrespectful.

He is uneducated, and that's not his fault, but as an uneducated person, he should admit to his limitations, and not push against the tide of common sense, into the swamp of self-indulgence, which is his basic policy, dressed up as national policy.

To take sides with corrupt and cruel African leaders, and take sides against the hard-won sense of justice just because it's seated in the West becomes obvious for what it is: juvenile side-taking with a continent that struggles to emerge, not because of economic bullying, but because of an intrinsic cruelty that has to own the story.

Let's uncover the story-owning: economically, a hostile take-over is a good exampe of story-owning, an excellent one.  Politically, a coup is on the same par. Religiously, well, leave your intellect at the door. In the market for something? Buy into our story......it's the best, the most, the only.

So The Story Clinic desires to send Jacob's ownership of South Africa's story to hell, where it belongs.

You've manipulated unbelievably cleverly, Jacob, you've bought and paid for (with my money) your people, but never their loyalty once the money runs out (watch that), your organism baffles me with its huge need and greed (I'll give you a free consultation if you want to deal with that).....

You need to know that your story has nothing to do with South Africa.

I'm sorry about that, but I'm more sorry for South Africa, because the entire country is suffering the shyte
of your personal story.

I don't hate you Jacob, you're a really poor man.

Free consultation any time you want: The Story Clinic.