Today I attended a town gathering where all the town's church leaders prayed for rain, God's presence, support for farmers and for the community in general. It was a worthwhile experience, and there was a spirit of community that I had not yet encountered in this town. 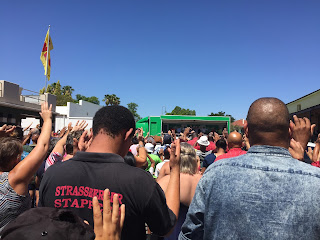 One thought that I pondered was about praying for rain. Since the Western Cape is in dry straits, and there is plenty of stress and desperation, the cry is obvious. But really, the notion of a personological God who is able to change weather patterns when pleaded with to do so?

We're often baffled by the irrationality that strikes: why do I have cancer? How come I lost everything? Why is there just no sense in being alive? Why did my baby have to die? On the other hand, rationality explains everything, we simply need the time and opportunity to work things out. 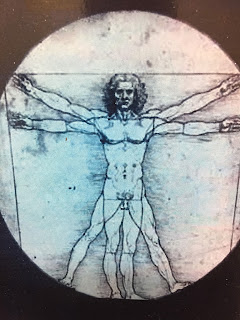 We live in an almost super-rational age, having left magical thinking behind, knowing better than belief, and intuiting on the basis of being coached by the best and the most expensive.

The third position of non-rationality does us the favour of side-stepping opposites which are the hallmark of the logical red herring. According to Kant something was either itself or not itself. As far as mind is concerned, motivation can be either rational which means you know what you're doing or irrational, which means you haven't thought about what you did.

I reckon the mind is capable of operating rationally, irrationally and non-rationally. Non-rationality gives us all the freedom to be who we are, rationality notwithstanding. Irrationality is best avoided.

So is it okay to pray for rain?

Could God really tweak weather for us?

Non-rationality says I can leave that to be an open question. In a universe where cause and effect are God, rationality says no. In an irrational universe, where nothing makes sense in the long run, you can put a frog on a stone and sacrifice virgins to make anything happen.

In a non-rational universe, you can step into a sacred space which is also a badly managed main road in a divided town and pray for rain. Your idea of God is no doubt also badly managed, and needs both moisturiser and night-cream. But I liked it when the Caltex man who stood next to me and I had a spontaneous hug because we were praying for each other, in whatever way we knew how to.

It was a good experience, observing and sensing the badly managed main road remind itself and all those present that it's always a sacred place, if one would simply hold it as such.

And the frog that harboured itself in our bedroom some nights ago was put back into the pond, and it seems to have remembered that somewhere closer to water is where it belongs.

Posted by Prof Walter Harry Willies at 11:04 No comments:

The rubbish of everything. 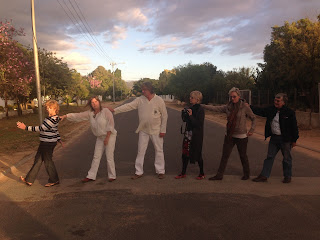 It's not negative, just a vague attempt to say something real. When one delves deeply into one's unsaid things, they tend to flare.

But I have come to the end of participating in human pretence, from the highest echelons of academic  self-recognition, to walking with the one scratching in the bin for food.

It's the pretence that bothers me.

The hunger of humans, dying each hour,
and the deep desire for
more.

If you're comfortable, it doesn't mean that you have to
give it up.

Who's pushing the pyramids of
purpose?

Apparently my accountant knows nothing about what
money means,
although the balance has to
stand still, from time to time.

But the question is,
what counts, the moving colours of
seasons caution us.

Speaking for myself,
I'd try to avoid the rubbish.
After that, if you can do it,
sunrise always says something
different.
If you get up early enough,
and know how to watch,
you'll see something that wil make you
think again.

Posted by Prof Walter Harry Willies at 09:27 No comments: