Coaching, biofocusing and the secret

I had always regarded coaches with some scepticism, having been trained within the context of academic rigour, and having grown up in a no-nonsense environment.

What on earth were these people doing, earning such big money on the basis of short-lived enthusiasm? Now that I am one, I know that there are coaches, coaches and coaches. No-one pays money unless they want and expect something in return. Enthusiasm may be short-lived, but it ought not to be the focus, but the by-product of joy and pleasure when something effective is put in place and works.

Human awareness loves to be let in on a secret. "Shall I tell you a secret?" The bottom line: there is no cosmic, universal secret. When I was nineteen, I was confused by preachers and teachers who had no modesty about telling others what God had told them. For the life of me, I just couldn't comprehend how anyone had such a hotline to God. I listened and pondered and pondered and listened, and one morning at around eleven o'clock a sudden and huge dart of realization stung the inside of my awareness - not merely my thinking, but my awareness. There is no hotline: everyone has equal access. I wanted to keep this realization close, so I went into a jewellry shop and bought a ring which I wore from then on.

This is the realization: if you want to live a life that pursues a more excellent way than the one you're walking, you're completely free to do so.

Neither God nor the approach to God is secret. The spiritual world is not distant, but is at hand. The story of your life is wide open to change, and anyone may enter.

There is a price to pay, but this is not monetary: it's more about being prepared to act on conviction, with courage. And it's also about learning with every bit of reason, passion (hackneyed word, but it works here) and purpose.

Biofocusing doesn't grow a part of you. It grows all of you. It may feel as though many parts of you are hidden from yourself, but that's a matter of choice. You needn't ever go to those parts if you're adamant you won't, and you can also let the eleventh hour truth in. 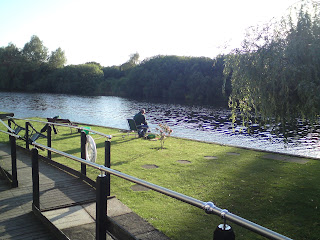 Posted by Prof Walter Harry Willies at 23:21 No comments:

Focusing usually refers to what happens naturally in vision: without thinking about it, you look at something, and the image is clear because the muscles attached to the lens of each eye alter the shape of the lens to achieve a clear image. Intention also creates focus. So do emotional patterns. Commitment involves long-term focus.

When I coach someone, I assist him or her to become aware of patterns of consciousness in resepct of thinking, feeling and deciding. Quite often an individual has done something quite contorted to abbreviate, limit, control, amputate or otherwise malform their own consciousness. The motivation in having done this often links to needs for approval, recognition, esteem and acceptance.

The point I want to make is simple: I was once taught that if you're having difficulty doing something, then you're not doing it correctly. Rather stop, ease up, and then do it again.

If it's not a pleasure to be yourself, stop. There's more to being yourself than that. If it's a strain going after your purpose, abort. Don't try to do it, just do it. Sure, you always have to invest time, energy and money to get anywhere, yet your style in investing is crucial.

When we get to certain levels of living, the ease disappears. We need to learn again. Often we don't know who to trust, or if such learning is even possible. There's an emotional complexity rather than an easy clarity. An obstacle in the way. Focusing on the obstacle will establish it even more firmly. Biofocusing - using and being all the living energy that you are - will take you on. No matter whether the sun sets or rises, it remains a star. 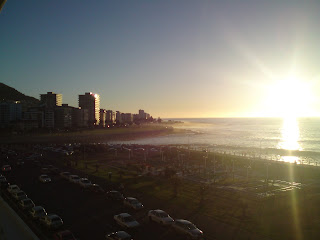 Posted by Prof Walter Harry Willies at 03:33 No comments:

Biofocusing is about using your life to focus on your life. In other words, your awareness becomes the means to hone your awareness, your emotions are the path to clarify themselves, your ability to conceptualize enables you to crumble and create concepts, your way of deciding leads to many ways of deciding out of which you may choose how to decide. This seems very obtuse until you practise the experience of allowing your imagination to focus spontaneously.

Your imagination is a seldom purposefully used lens that links material perception with spiritual perception. One way to begin using your imagination fruitfully instead of regarding it as an irrelevant stream of nonsense is to watch is dispassionately, allowing it to go wherever it wants to until it settles. When it settles, check to see, feel and realize where it has settled. This is a spontaneous focus.

Your attention works the same way: it can dart, meander, float, stick. When it finds a point of stability, you've got a spontaneous focus. Your conscious awareness is a strange mixture of deliberate and spontaeuous foci (focuses). A helpful exercise is ot make a list of your deliberate focuses, e.g.the details of your work, your key relationships, your finances, and a list of your spontaneous focuses. Just making the lists will help you to move between these two ways of focusing with greater ease.
Posted by Prof Walter Harry Willies at 03:11 No comments:

Does coaching need an academic platform?

I've been reading through some coaching articles that use academic approaches to state the case, and I've noticed the need that is put out that coaching needs an academic basis to enhance credibility. I'm not sure about this. I've spent many years studying and working in a university context, and sometimes it's about methodology for the sake of methodology. Often it's about ego rather than real and effective change. I've seen examiners of dissertations and theses hunting for errors in the referencing system instead of testing the central argument.

One very signficant aspect of coaching is the need for intuitive clarity. Perhaps this can be modelled, and improved: proving what's clear shouldn't be necessary. When you can reduce what works to steps that can be followed, you have a recipe. I'm of the opinion that coaching is about modelling on an intuitive basis, not copying what works for someone else. Sure, excellent tools are good, and known procedures indispensable, but I cannot imagine one situation when on-the-spot decisions are irrelevant. Mindfulness, in contrast to stringent methodology, seems to be more relevant to coaching.
Posted by Prof Walter Harry Willies at 06:50 No comments: