That life and death are not opposites. 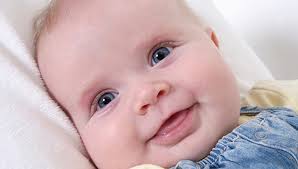 I wish that they hadn't taught me that life and death are opposites. I learnt about opposites early on in school. Antonyms, they said, and they worked in pairs, one word meaning the opposite of the other, like hot and cold, wet and dry, up and down, and even boy and girl. It was a rule, even a law, that things worked in opposites. Later on I learnt that this is not dissimilar to Kantian logic, where a thing can be only what it is, not something else. Logical positivism.

I learnt about death before I went to school. I was taken to many funerals because my parents were very supportive of bereaved people. The coffin lid was frequently left open, and once my mother was really cross with me because, as she said, "Why do you want to put your nose in there?" The truth was that I was supremely curious, and not scared of finding out.

But what they taught me at church was a big problem: I soon grasped that although they pretended to know what happened when you die, they didn't. They were heart-broken, no matter how much they believed in Jesus. And the more I asked, the more unsatisfactory were the answers.

Now that I'm over sixty years old, and have kept on asking, all the time, I have to say that life and death are not opposites. Crucifixion and resurrection work together, every autumn covers our garden with leaves and beauty, each spring returns flowers and grace.

The awkward truth about dying is that you know, even if you believe in reincarnation, that you, yourself won't come back. It's a real ending. I have thought about this sad feeling a lot, and the following answer has come to mind: I have ten unique finger-prints on the ends of my fingers, and I feel nothing special about them. Not even one of them. The knowable cosmos is filled with infinite uniquenesses, from snowflakes to stars.

When it comes to people, the same is true. 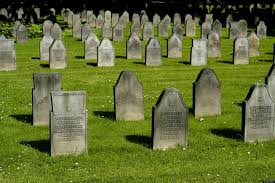 The feeling of being alive isn't any one particular feeling. It's a magnificent range, the pattern of which is unique to any individual. I have found  that few people go the whole length to the available depths. When they get put out there, they quickly want to move back to a safe place.

There is no safety in music. If you listen carefully you will hear the stuff of cosmos, the knowing of heaven. Strange that it's beautiful and heart-rending at the same time, comforting and turbulent, knowing yet stretching to what seems unattainable.

The story of being alive is just that, glimpses into the greater narrative that we don't control, individually or collectively.

I was brought up as a Christian, and I don't think that that collective has got too much right. The rogue priests who speak truth to pope and arch, the protests, the faithful and fervent, the silent kindness of the ordinary people and the earnest intellects of those who attempt to overcome pomp: these impress and inspire me. And those who show that God and art are in relationship. And those who reject dogma for freedom, fearlessly.

Two things tell me that life and death are not opposites: music and the table of elements. Both are absolutely neat, predictable, explosive, creative. One creates awareness, the other makes creation aware.

In that creative activity, each unique human is caught up in a web of counter-point: feelings that pour through us, from us, to us.

Our individual uniqeness is one thing, the wording and experience of living another. It's a pity that we have kept language and living apart. The formal world is responsible for that. At bottom, humans are intelligent animals and creative spirits, not formal units for political and economic purposes.

The sense of aliveness is most keenly experienced when we embrace the depths we fear. That means when we cease to fear, and to wonder more, and accept more. Just as we do from the moment we're born, until we're forced to accept opposites.

That's why I say life and death are not opposites. I am not a lone story that stops. I can't tell where the next wave will take me, but I can sense the planet's water move through each cell that makes me who I am.