Everybody knows: the legal falsification of marks in South Africa. 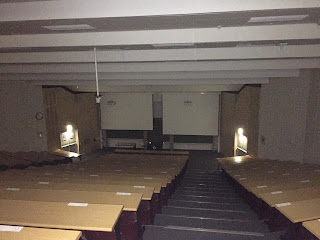 Let's stick with secondary education, because I've first-hand experience, in the past nine months. We all seem to have the idea that marks aren't what they seem to be be. Here's how it works.

And before I start, the interest that the Story Clinic has in this is neurological. Neurons, like tummies are better off with food that feeds. Not poison. The body doesn't lie. People do, quite badly. Here's the lie that stretches from grade 8 to 11 in secondary education:

In broad strokes, and I generalise, bu this happens in the majority of South African secondary schools, targets are set. Pass rate numbers. Not the average mark. Just to pass. The school principals don't set this. The circuit managers don't set this. It comes from above. Ask Angie.

Okay, so I sat there, an intellectual emeritus professor of narrative studies, taking my cue from a non-fee-paying school in South Africa, after having my soul scraped off the ceiling, after experiencing bizarre behaviour by thugs, the suffering of gentler spirits, the carelessness of learners in general, the attempted carefulness of staff, the desperate desire of the management team to manage, the callous attitude of the three blind mice from the WCED who came to tell the dysfunctional school that it wasn't functioning so well: these were all experiences from which I could learn.

But nothing, to my mind, balances out the targets. The targets are set, but I couldn't work out exactly by whom. Certainly not the school. "It's just the system". Not the circuit manager. "It comes from above". I had a chommie in head office, Pretoria. I sent a message. The answer made my blood run cold. It wasn't a chommie answer. It was a very formal answer, and it told me that I was blowing a whistle in the Arctic.

So here are the broad  strokes that work in the majority of South African schools:

less than a third pass on their own merits.

Consider that. Consider it well.

Those marks are just given. Sanctioned from above. Ask Angie.

What are the implications?

An arrogant learner body: "Give me my marks".

An unrealistic learner body: "I can make it through tertiary education".

An angry learner body: "Why am I not making it?"

From an economical point of view I'd say that the the kind of school I'm talking about costs the tax payer R18 million a year to produce 200 potential EFF voters a year. The ANC didn't reckon on that.

Not an effective strategy.

The Story Clinic prefers healthy, wholesome stories. But sometimes you have to switch on the lights. It's difficult to extract a tooth in the dark. I should know. Two of mine broke while I was working in the dark. Gentle Dental kindly helped me.

We're not waiting for the bomb. It's exploded, yet too few are listening.

Certainly, we'll feel it. From the top to the bottom of the economy.

Posted by Prof Walter Harry Willies at 09:36 No comments: 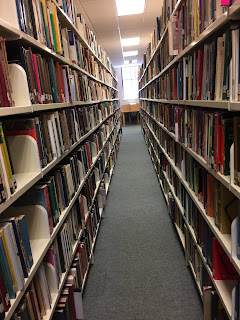 What comes after coaching? Decades ago, those who could went to psychologists, some for clincial reasons, some for counselling purposes, many just to find answers. That era has moved on, and medical aids have doubts about paying for these services, often, because the medical status of psychology has moved on, too.

Arising from some psychological bases, such as the work of Virginia Satir and Fritz Perls, NLP was born: neuro-lingusitic programming, and this is the framework for coaching. What we feel and what we say work together to create a felt sense of purpose, meaning and achievement, and thus we are offered the only three ways to achieve happiness, the seven steps to fulfilled love, the four linking loops of abundance and nine ways of reducing neuro-science to a new sense of reality. New brands of coaching are created continually: the common thread to all of them is head-turning, attention-arresting, heart-touching manipulations of emotive attention. From blogs to vlogs to podcasts and pop-up word-shops, the business of arresting, persuading and getting payment for the gratification of attentional needs is getting overcooked.

I think it may be pertinent to remember that there is nothing new under the sun. The seasons turn, the cycles repeat, new imprints of life remind us of the irreversible yet unworded places that decision is enacted, and the story simply continues.

This is why I founded the Story Clinic. Literary theory may be interesting to some, but it's definitely a hollow, intellectual pursuit, and means little to the person on the pavement. (You can't say "man in the street" anymore, that's a highly suspect, stereotypical, sexist, gender-aggressive statement, as well as a localisation of maleness, and also a possible racial slur because of any white stripes that might be painted on the tarmac.)

Whereas humans use, abuse and disabuse language as they please, the story that speaks through them, arising from deeper places that they can't imagine, whispering, screaming or singing from the guts, as the case may be, simply can't lie. I wouldn't necessarily say there's just one story communicating through us. There could well be many, but that's too difficult to start with. I mean, how many minds do we have?

Maybe I could create a workshop to identify your seven minds in five easy steps. But I think I've made my point. R.D. Laing once remarked that when his patients asked why they were paying all this money for no result, and walked off, it was called a cure.

So I think coaching could be fined for going over a speed trap in due course. I don't have anything particular against coaching. I think it often does good work, and changes lives for the better. On the other hand, it's often superficial, frequently expensive in respect of training, and deceptively condescending in that it's bottom line is that the answer is in you.

So what on earth are you actually paying for?

Stories are time-honoured: that's why I like them. There's no one definition for what a story is, but we do know that the body uses them, persistently and consistently to create a sense of coherent meaning. So I'm suggesting that when coaching cools off, or just gets too confusing for wonderful choice, the stories of who we are and what's going on will still be there. We need to get closer to them, and learn to listen more attentively, both to others and ourselves. So I am bold to announce the beginning of the post-coaching era, and the arrival of storied-time. It's called"storied-time" because when we get involved in our various narratives on purpose, things change vividly. It's a natural way of approaching what would seem to be unapproachable. And not so expensive.


Posted by Prof Walter Harry Willies at 06:50 No comments: