Learning to listen to the unique body 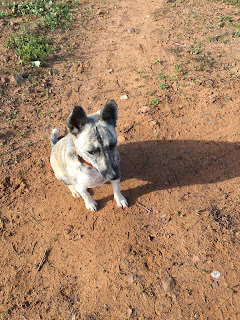 It's amazing how each body is unique. One table of elements, basic imprints such as five digits to a hand or paw, possible physiological comparisons, yet each body is its own story. It doesn't merely tell its story, it dramatically enacts an unfolding story which interestingly enough does not die. Whatever powers atoms doesn't reach a cul-de-sac at the end of seasons and cycles, but powers up for the next unpredictable chapter.

Listening has become an outmoded skill. Instinctively we humans are wired to listen, but the urban buzz and a more forlorn human howl have confounded the listening soul. Some authors such as John O'Donaghue,  Thomas Merton and Henri Nouwen remind us of deep listening. Martin Buber. More currently and corporately, Thaler Pekar and Associates. It's a skill that requires urgent re-booting.

Begin by re-visiting how much your own body would like the attention of being deeply listened to, properly looked at, knowingly gazed it, felt slowly and lovingly, attended as fully as possible.

Many would shy away from this, and no wonder. The human touch has come to be mistrusted. And so we look for the wilderness experience, the eco-psychology of our species and where it belongs in the planetary scheme of things. Jeffrey Rink. How the earth itself is alive, and not merely the solitary collection of atoms in this organic arrangement of breathing dust. How my feelings and emotions are part of a vastly complex ocean of swirling realities.

Yes, each body is an energetic signature which can be sensed and felt, more and more excruciatingly, as we learn to pay attention to that energy which is anything but elusive. But we don't really have the language for it anymore. Scientists, esoterics, mystics, realists, religious adherents, drunks and dreamers: all have their own wisdom, words, wishes and wilfulness. Listen to each one, and find out how each has a tide that turns on something that might be scientific in the end, but for now is a story in the unfolding.

I'm learning to listen to the illnesses. I'm interested in the tides of disease and death, because these attract that part of attention that reminds us of what lies beyond the cash and chaos of a falsely driven world created by the human need to escape the desperation of belief in detachment. From the age of four I noticed that even when people voiced deeply held beliefs, it didn't help them to alleviate the grief that came their way, naturally, when separation, death and calamity announced their unwelcome presence.

So I invite whoever will, to visit the Story Clinic, to learn how to listen to the unique body. I'm no faith healer, and you don't pay money for pretended miracles. But I'm aware that intention creates really surprising results. More of this from Lynne McTaggart and The Power of Eight. I can do nothing to help anyone to escape death. We can all help to prevent  this every day by simply taking care, in respect of our responsibilities. As a paramedic told me once, there are just about no accidents. You do get them, but most of the time, someone didn't take enough care. Even the heavy branch that fell might have been noticed.

Humans have certainly lost grip on the intuitive ability to listen with clarity. It's latent in all, and a good idea is to listen to your own body. But nearly everything from advertising to education news to cash flow urge our souls away from the clarity of connection.

The Story Clinic is planning a thing: a group learning of how to listen to the unique body, the purpose of which is healing whatever needs to be healed. If you're interested, please contact Dr Walter Willies, 0828530902, email info@story-clinic.com or use the landline, 027-4821537.

A last thought: do leaders lead, and what could that mean in the chaos and cash of our human currency? Or do leaders heal? I begin to smell a change in the move from triumphalism to humility when it comes to big deal leadership. Maybe Lyle English and Associates would have a thought or two on this. I don't do "leaders" who push. I also don't do "leaders" who pull. But when someone pays attention, and I feel something in me twitch, and learn new attention that feels like living, I recognise, and check. Harry Oppenheimer gave me something like twenty seconds of his attention, twice, making it about forty seconds in all. But I felt it, knew it, and was grateful for it. Vic Pearce, one of the first HR boffins in South Africa, invited me for lunch. Lifetime experience. As director of the School of Languages at the North West University I once had a pee with F.W. De Klerk who was chancellor at the time.  Our brief chat was instructive. For me, probably not him. What other name-dropping can I do? Yet it's not about name-dropping. It's about attention that matters, and you know it when it comes your way.

Back to the creative mix of attention and healing: each one of us is a unique body, and there's an energetic verve and vortex that each of us needs to get to grips with, if we want to achieve the kind of healing I'm talking about. For a broken tooth, the dentist, for a heart attack, emergency room, for suspected tumours, pathology. For burns, prayers and plastic surgeons. For severe allergies, allerologists.

For souls, at any time, silent, kind, penetrating attention. Navigating and knowing the unique patterns of the unique body.  And being able to do something about them.

Posted by Prof Walter Harry Willies at 09:47 No comments:

The sense of story affects you dramatically. 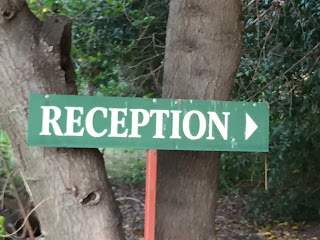 Where is your front door?

What's written on the "welcome mat"?

Metaphors are useful ways of gaining self-understanding, and are frequently used to ground stories. Stories need to be understandable, and so does self. Bu therein lies the rub: the self is essentially mysterious, and it is what the brain constructs so as to make a way in a chaotic world of experience.

Using language, the brain desperately tries to name and tame emotion and intensity. Using story, the brain manipulates, counter-manipulates and re-manipulates every way to construct stories of experience and reality. Yet the brain is not some kind of super-computer, but more of a living reflection of the body, its history, its habits, its patterns and its semi-conscious promises.

The thing is, the story you've allowed to be constructed and told about yourself to yourself is your own deal.

Very little is cast in stone, and stones themselves are made to roll before they eventually disappear.

To what do you commit your self and why? Lately I've had to challenge my own priorities, and this has been both demolishing and uplifting. Things I've held dear all my life have turned out to be irrelevant and ardent desires have proved to be misleading.

I've learned that language isn't language, it's a disguise for attitude.

So let's try a simple question: how do you receive your self?

When you pay attention to the most important creation you'll ever make, namely your self, what is your point of entry?

I was born randomly, I'll live hoping for better things and die desperately unknowingly yet wishing for heaven?

The attitude you choose determines the kind of words that emerge, and words are not merely words but are less obviously about the glue that puts them together.

When you talk to your self, you're at your own front door.

When I talk to you, I hope to find the door, and not an artificial path.

It's not easy. Authenticity can be hard to do in a world that goes exactly the other way, and knows more about faking sincerity.

The other day I had a conversation with a lady who manages twelve VIP airport lounges, and knows how to communicate with high-end people. She knows the artificial path extremely well, but more, she knows how to access the individual front door immediately. Without realising it, she gave me a first-class demonstration: a few moments of careful, full and courteous attention. This is the kind of attention that leads you to your story.

So I recommend paying attention in this kind of way to your self. If you want dramatic change of the better kind, this is how you do it. Your self is your story, and getting to know how you've told it to yourself helps the cloud of unknowing to lift. For more, please check www.story-clinic.com

Posted by Prof Walter Harry Willies at 11:09 No comments: