Stories, success and getting honest about secrets. 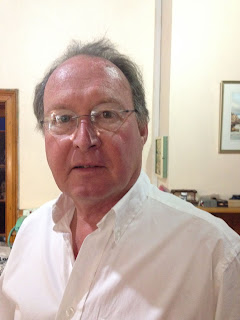 Ask anyone who they are, and what they want to tell you is all about their success. That's normal. Good feelings are better than bad feelings, and success is supposed to feel good. Achievements, confidence, powerfulness, likability, esteem. I've known these, and yes, they do feel better than fear, timidity, rejection and disappointment.

But I'd recommend a short-cut to knowing and owning your story: get honest about your secrets. This seems to be contradictory, and so it is, but it's a requirement in respect of getting to the heart of the story. Many stories are about a pivotal secret, and I'd think that one's life has a few pivotal secrets that  are kept far away from the public persona that we prefer to exude. In a story clinic, an exercise that I'd work through is to invite participants to draw, not write, their very private secrets. Symbolically. To revisit those formative secrets that we try to keep from consciousness, since consciousness is a shared thing. Consciousness is a strange combination of physiological and spiritual awareness and it's true that when severe trauma happens, consciousness shuts down, steps aside, changes shape. Spiritual awareness in contrast to physiological awareness sharpens up, not as a rule but as a strong possibility. Near death experiences, rape, death of a loved one, prolonged cruelty and so many other happenings can lead to enhancement of spiritual consciousness. And because this kind of consciousness is not easily shared, it remains secret, which is a pity.

So if you have secrets that go deep, and scare you, and you certainly would not be honest about them,  get to grips with being honest at least with yourself. Draw a picture, create a simple symbol to focus your attention on a secret, one at a time, and then write down the feelings you felt or feel, and be sure to recall a mix of better and worse feelings. They can't all be good or bad, because that's not how deep secrets work. The shock of loss implies the closeness of relationship. The stolen sweet versus the fear of being discovered.

Pivotal secrets are the hinges on which cosmic doors open. Humans have a way of trying to close that which is eternally and ultimately open by using words unwisely. We need to remember that words are the froth, not the currents of communication. We tend to leak, copiously, that which we vainly attempt to hide. The body doesn't lie. That mad construct we call the self gets up to all sorts of tricks, not realising the currents that throw up froth.

In short, I'm saying: it's not necessary to confess secrets to the world at large. A friend or a priest could work very well. Your choice, your trust. Primarily, let your body talk openly to itself. With emotions, attitudes, words, beliefs and choices. Get to know how your feelings flow. Give yourself permission to change key words. Get sceptical about your beliefs and make choices about your doubts. If you hate, ask exactly why, if you love, ask how. Test what knowing feels like, and when you experience that animal-like veering back from the secret stuff, deliberately take your attention away from it, and feel the wind, heat, spray, or whatever is in your face. Let that remind your heart that another step in your story is possible. Because it is. Your heart knows that. Secrets are important, not damning. They arise when danger is implied. Obviously a thief hides for reasons different to those of a bullied child. Yet the glass behind which both hide is not to be polished but removed so that the actual stuff can be dealt with. And the irony is, no-one is able to hide behind themselves. I've come to notice that each twitch of the face is a dead give-away. 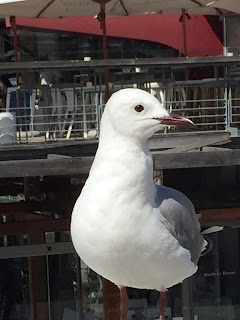 Posted by Prof Walter Harry Willies at 10:53 No comments: