10 reasons why the sense of story is important. 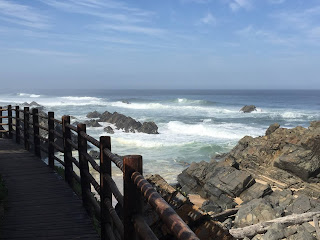 1. There is no such thing as reality. Human neurology posits n amount of stories in a second, and settles on an aggregate which is a shared hypnosis, useful for the time that it remains useful.

2. That which communicates most strongly and persuasively uses the sense of story to do so.

3. One's own sense of purpose and power arises from engagement with one's sense of one's own story. That's why conscious engagement with being alive is story-based, and largely unconscious until you start checking your story for real.

4. It's unlikely that there's any ultimate story. What happens after you die isn't necessarily factual. Any kind of stories may arise, and we can't be decisive from our current limited knowledge of what the cosmos is.

5. The stories that you tell yourself have a way of cascading into more of themselves. So a decision to follow a particular sense will take you in that direction. No decision means the likelihood of random default.

6. The stories that politicians and preachers tend to purport are suspect. Any authority figure should be testable for credibility. Doctors, too.

7. Facts in themselves are not always evidence. We are able to create stories about facts.

8. Most theories are unproven stories.

9. Conscious awareness is an evolving story.

10. The sense of connection is a neurologically- based shared story, seriously enmeshed with shared sensitivities and emotions, sometimes worded embarrassingly ineptly.

11. If you read the story sensitively, intelligently and alertly, there will always be more to it that you think.

Posted by Prof Walter Harry Willies at 05:43 No comments: