How did you lose your intelligence? 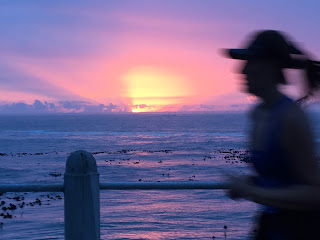 "Man is born free, but is everywhere in chains". Jean-Jacque Rousseau.

A major part of being in chains is losing your intelligence. Being alive and being human carries an almost automatic consequence of losing intelligence. The formal world is a frightening thing. It makes you comply. I have a total hatred of compliance yet I understand instinctive obedience. It's always good to fit into the bigger picture for the greater good, but the stories these humans tell about the greater good are deadening.

Neurons have a way of working as they are meant to work. So do synapses. Each element in the human body and on planet earth has a job to do, and it simply gets on and does it. So where does it all go wrong with sickness, disease, illness, poverty and bad behaviour?

And what's the actual problem with conscious awareness and the deep feelings that are linked to being alive and aware?

Work out where you lost your intelligence.

I had the good fortune to re-make contact with a teacher who never taught me but was a presence in my primary school. Miss Marsh. I'm sure she won't mind me mentioning her name. In those days she smoked, was blonde and pretty, and according to the church in which I grew up, unsaved, and going to hell. I am deeply embarrassed that at a very young age, even though I'd written my first book of poetry, and bound it, too, I gave her a tract one morning, explaining how to get saved. I can sort of remember the half-silly smile on my face as I explained what I was doing, and I very clearly remember the studied blandness of her voice as she replied, although I can't remember exactly how she replied. I do remember that she was very diplomatic in her response.

So many years after, thanks to Facebook, we linked up on that primary school's page and I asked her if she remembered me. Yes, she said, I wore glasses and I was intelligent. That made me think. Yes, I had high marks all the way through primary school, and into high school, and then they dropped. The headmaster called me, and asked why. I couldn't answer.

I had lost my intelligence for the time being, and would not regain it until very much later if ever.

What was supposed to happen during the hormonal rush called puberty did not happen effectively. Sexuality hit, and hit hard. Emotions lurched into heightened sensitivity and could make no sense. And I wasn't allowed to be intellectually curious and intelligent. My thinking went underground because it had to. If I didn't agree with the current in which I happened to find myself, I was going to hell in a basket. If I spoke out against the current in which my awareness wavered, I would be an outcast. Both my parents had no doubt about that, it seemed. The entire tribe, the church known as Christian Brethren, and here's the difficult part, many wholesome good people, some of whom I'd grown up trusting, and talking to spontaneously, agreed to that verbalised current of belief. It was dangerous for me to speak. Having a rebellious streak, I spoke. But not for long. It felt fruitless, futile and deadening. Which it was. Today I am still angry with morons in a pulpit, enjoying the publication of their own versions of their fears disguised as faith.

I've had the good fortune to live long enough to work out where I lost my intelligence.

It never dies, it simply goes underground, or in other circumstances, never grows up. When I observe others, it doesn't take long to work out if we are going to communicate intelligently or not. It seems to me that not I, but the body, is extremely intelligent, intelligent enough to communicate beyond the ultra-violet and infra-red frequencies in which we live, and right into the quantum realities which begin to become apparent. For example, read Paul Levy, Joe Dispenza, Brain Weiss, Rana Awdish, Gill Edwards, Tim Freke and many others. In one's own story, the place, time and manner in which your intelligence has been hijacked is important.

It's good to know that your body's intelligence is intact, no matter what they do. And if you happen to feel a deep, desperate sadness that this is what life has presented, as I have today, feel glad that your body mourns, and knows how to mourn spiritual futility. Because that means that spiritual awareness persists, despite human interference.

I have a great interest in the table of elements, because more than the social construct , of who they might think I am, that's who I choose to be. I am a lot of oxygen, hydrogen, quite a bit calcium, I depend totally on the KNa pump, and plenty of other traces. And all of these speak, loudly and coherently into the sin of humanity, which misses the mark.

What kind of a fool misses the mark on purpose?

I think not many humans are as stupid, evil and abusive as Hitler, Zuma and others. I am embarrassed
to live in a nation which has tolerated Zuma. We did our best to get rid of Verwoerd and PW Botha. Then we tolerated Zuma? And our educational system has utterly collapsed, on purpose. And silent Cyril is going to do better because he knows when to keep his mouth shut? Does he have the guts to open it and speak truth occasionally? This one isn't a leader. It's a cash flow manipulator.

Not on my watch.

When we accept shyte, we lose intelligence.

As a six year old I gave my heart to Jesus, because it was expected of me. A good, compliant child. And I was baptised at twelve, because it couldn't be postponed. The water was cold, the ritual dead at one level, and very much alive at another. The body knows.

Bread and wine mean nothing to me when I'm alone, but everything when there's conversation and communication.

I have a really alarming intelligence when it's allowed to work. The network is huge. In fact it's overwhelming.

I want to make this clear: cognitive intelligence and emotional intelligence work together, absolutely. They're supposed to communicate with each other, and if they don't, their diplomats are sent out.

When diplomacy fails, and communication is refused, human communication might be rubbished, but the body remains intact. There's something very special about the human body, and we haven't yet honoured that. Our general intelligence needs to recognise itself, but there are quite a few who work against that, for their own purposes.

I don't like the feeling of not being intelligent because someone prefers it that way.

And todayI rejoice in the body's intact wisdom. It chooses how to action intelligence.
Posted by Prof Walter Harry Willies at 13:17 No comments: