Sub-atomic coldspeak and the story thereof 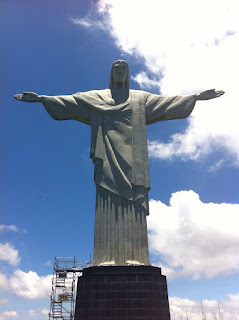 Language has been torn and tortured beyond sensible communication. What humans have done to natural emotion is mirrored in language. I'm not sure about the languages I don't speak, but for sure, English is bogged. Instead of aspiring to clarity and common sense, it's become a self-seeking and serving means of meaningless glorification.

Platforms for pronouncing markets, tendencies and trends arise with the words thereof, and the power of the utterance is mediated by the hesitation of those who are still thinking.

I am not impressed with the language of leadership. It changes too easily with the speaker's sense of what is good for the moment.

Vocabulary has become versatile. Say what the trends invite, and if you can coin a word to suit the world's attention, you could make millions.

Take a moment to consider politic-speak, market-speak, leader-speak, super-speak, back-away-from-me-speak, love-speak and every other kind of speak that has mesmerised and continues to fascinate human need for something that speaks promises and never delivers. Check coach-speak.

Speak and communication are differential. You can speak all you want and never communicate. Speech is organically engendered. It's living-tissue-related. It's warm, of the body, and the sounds are mere convention. The engagement is the thing. People converse without too much depth, because it's just a fun and necessary thing to do. Light-house-keepers know better. The next level of the body is the inorganic:  the atomic and sub-atomic game that's more difficult to sense because it's electron-based rather than molecule-based.

In time to come we will no doubt throw out almost all the nuclear terms, as we realise their relativity to nothing. But for the moment let's consider the coldspeak of that level of being that's seasoning in and out of livingness.

Certainly, bodies are born, live and die, but there's another story going on, when it comes to the elements that bind temporarily, have something to say and do, and then echo in the organic memory that records our ecological soul's requirements.

We may think we live our bodies, but I suspect that the elements are having a deeper conversation. Our planet is alive before we are, and that aliveness is less like a bubble and more like a cosmic suggestion.

It takes a little training to feel your sub-atomic strata. Obviously, you're not going to put that into words easily. Yet the music should come easily. That's the most obvious communication of all.

The story of sub-atomia is vividly felt, I think, but not easily expressed, because the language thereof is two or three steps removed from everyday chatter and chaff.

It may seem ridiculous to make friends with your electrons, quarks and bosols, but better shake hands quickly, because soon there will be new words, new worlds and perhaps better lonelinesses. The clever people are trying to read the neurons, but it's actually the other way round.

They're reading us. And they have an inside story with words that we'll never know. How super-cold is that....


Posted by Prof Walter Harry Willies at 07:32 No comments: