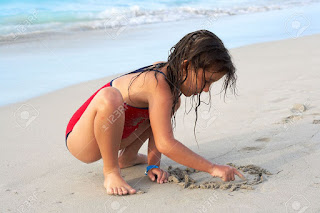 The title is metaphoric: writing is one of the earliest bio-technologies, using the body's abilities to create signification. Human consciousness gradually put together a system of making marks to signify what was going on within itself.

And hey presto! the cosmic story has produced a writer. Out of the table of elements, the atoms, protons, neutrons, electrons, quarks and gravitational interruptions, conscious thinking and feeling prowl and ponder. They hold hands; they do not hold hands. They look at each other, then they look away. They try to be an "I", but this is too big a riddle. So they tell stories, from myth to romance to history to scientific sequence in order to get a handle on who and what this "I', this subjective being is. That persona, temporary cloud of atoms held together by an unknown story, takes wondering walks across strange valleys of imagination, climbs hills of whispering secrets, sleeps in forests of fecundity and wakes, knowing and unknowing, in a world where strangeness can't be tolerated for long.

Writing is a metaphor of action. Everything we do could be construed as writing, because every mark we make is evidence of the cosmic story writing itself. We know that writing often is a form of activism.

All our living is a response to the fact of being alive; the marks of our responsiveness are making the world what it is, from our smeared finger-prints on our smart screens to a de-greened re-greened planet, to searing bits of screaming metal in newly-raw human flesh. All the financial gains and losses of today are tomorrow's losses and gains.

By reaching into this conundrum, I perceive that presence is construction, sometimes forged, often accidental. I am not always that which I want to be, neither do I want it to be the other way.

Can the cosmic story be uttered in silence?

The waves rolling and crashing in the background make it difficult to hear the sound of a finger in the sand. When I think about the cosmic story I am tempted to be afraid, because what impells the finger to write is indecipherable and inscrutable. Thus, should I flee in fear, or embrace the unknown?

And then I realize that the cosmic story is at least legible. You may not be able to get the whole thing in one reading, or even one lifetime, but the marks we notice and read in one hour and make in one day are significant enough to deal with. Our stories and the cosmic story are co-authored to a surprising extent.

The child, the sand, the finger, body and beach....who can say where one ends and another begins?
Posted by Prof Walter Harry Willies at 07:41 1 comment: