More food and money for today at the expense of whatever's missing from tomorrow and people to come is a short-sighted view of what's supposed to work for humankind.

You do not have to protect yourself from lack.

I'm not sure if I believe this, myself, but it's a worthwhile thought. All around me, I see people protecting themselves from lack with financial foresight and wealth-building. It makes good sense, because I wouldn't want to run out of time, money or life, and find myself, and especially those I wish to protect, in a bad place.

So, out of that chaos of living, I wish to create a cosmos of safety for those whom I love, and if I were I good politician, the general populace.

Applying this persoanlly, I am up against the balance of personal chaos and cosmos. 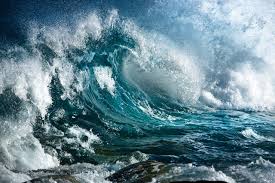 Chaos is imagination run riot. No control. No steering, yet total freedom of association. It's daunting when you do it, especially when your nightly dreams merge with waking practicality. When you get to the point where you ask what the point is of your being alive, you're doing biofocusing. To answer that question, you move between chaos and cosmos to find this temporary identity you call yourself, which truly, is only a matter of some decades, which means nothing in the ultimate scale of thiungs, but a great deal in terms of responding to the here and now. 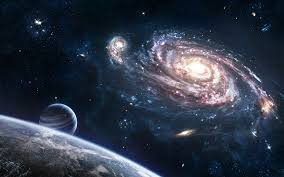 My policy, to prevent my so-called mind from losing all sense of reality, is to reduce the invitation to chaos less, and appreciate the cosmos more. Chaos is real, it's like the sea and its movement before you get the waves, shores, and people happily paddling. Something passes between the moments of perception and the moments before those, and our bodies, which form a temporary cosmos within the greater cosmos, know the difference. Some say the body creates mind, some say mind creates body. I would say language fails to descirbe or explain, at this point. Go pre-verbal, and stay there, and see what happens. It's not a funny or comfortable place to be.

The experience of being alive has no text-book, not even a sacred book. Raw intelligence, which is a coming blog, is ever-present, where you have to think on your feet, for yourself, at total risk, rather than depend on any kind of over-cooked nitelligence, the words and wisdom of which you think you can buy.

Which is what academia and religion have become.

Sort out your own life, determine your cosmos from your chaos. Yes, these are really immense dimensions that defy understanding, yet the task is there, it's part of being alive. That single point of connection between the two, your living body and concommitant mind, which is your living awareness is the real thing. You can grow it, constrain it, reduce it, domesticate it, even deny it. It will always obey that mysterious agent which is yours to command. There is a you, that commands, and another you, that obeys. One is cosmos, the other is chaos, but the communication between the two is not obvious. One would assume that cosmos orders chaos, but then again, chaos energizes cosmos.

There's more to be said about this, but this is a worthwhile reflection. For myself, I am content to be both, the chaos of storm, the cosmos of abatement.


Posted by Prof Walter Harry Willies at 09:01 No comments:

Gravitational waves, middle C and the eye of the storm

Gravitational waves, postulated by Einstein, have been verified in the past weeks. Two immense black holes circled each other very rapidly, disappeared together, and we heard the chirp. I listened to it three times this morning. 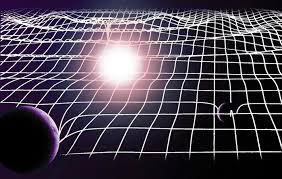 Well, the implications for daily living are not huge. Nothing will change your luck, income, or Valentine's import for today. The real difference is about understanding that time and space are alterable, and that we can hear it, albeit expensively. Apples will still fall towards the centre of the earth, even though your head will impede the fall if it's in the way. As the report put it, the fabric of space and time can be torn by major events.

What struck me most in the report was that the sound itself, which was captured inadvertently, was musically described as beginning down there somewhere, rising to middle C and then disappeared. I'm not sure what, but something absolute has been sounded. Now we know that middle C is at least close to the centre of the universe, if not the keyboard.

I once asked the director of Living Sound, Larry Dalton what his favourite key was. "C major," he said, without a moment's hesitation. He's in heaven now, so perhaps he would have more to say on this subject.
None of this is intended to be flippant. Gravitational waves, musical absolutes and human experience overlap to a dramatic extent.

To my increasing dismay, I have been forced to admit fixation with the need to discover an absolute narrative for human experience. I was challenged by the Gospel, and took it on. I would like to back off, and declare myself inadequate, but I'm not. Life isn't plain sailing, and from time to time, we find ourselves in the eye of the storm. 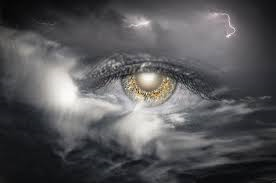 That eye of perception strikes when trauma does, and alters our sense of reality, which is key, here.

Not only is Newtonian physics not sacred; neither is anything else.

This understanding is not helpful when a hurting human presents and wants comfort.

Pain, death and loss are the key problems that present impossible solutions.

Can you change these for real?

Physical pain can be managed to an extent, emotional pain can be relieved to a greater exent, unfortunately death is unavoidable, and loss can be re-interpreted to a huge extent. Gravitational waves, being more than a discovery relating to theoretical physics, may be able to press one's middle C, and assist with that difficult re-interpretation.

Anyone who listens to, and better, loves music, would probably not realize how the keyboard is structured. Middle C is in the middle, a nondescript white  L-shaped key with a scientific description of the waves it produces. It sounds kind of flat to me, I prefer F sharp, or E flat, but that's a matter of personal attunuation.

The point is that the universe produces sounds, and that sounds are absolutely evocative and provocative.

Sounds have meaning, that's why we miss voices when we can no longer hear them when we want to.

The eye of the storm is in there, the subjective status of the realm of theoretical physics which becomes a practical problem. We can't bring back the dead, we can't reduce the experience of living to something controllable, we actually can't do much at all except pour another whiskey.

On the other hand, check biocentricm a la Robert Lanza. Check biofocusing a la WH Willies.

What determines what in this confusing universe? The question probably isn't one, and con-fusion is the only way to go, as we gather, parrot-like, mimicry of the closest thing to us. The furtherest is going to be far too weird.
Are humans relevant?

That's up to them.


Posted by Prof Walter Harry Willies at 08:50 No comments:

The two things we take most for granted in my opinion are health and mind. The first is tangible enough, and when it works well, we don't pay that much attention until something goes wrong, and we experience pain, fear of death, and usually, we are prepared to go for help to relieve these.

The second, mind, is a lot more tricky because it's very slippery, and has to be made solid on purpose, usually for the sake of others, and not for oneself. Once it's solid to the limited extent that this is possible, we accept the solid stuff as the sense of reality. I have worked really hard to make my own mind solid enough to deal with the slipperiness of life, and was very surprised when I learnt that I had to decide to break down a lot of what I had built because it wasn't fruitful. 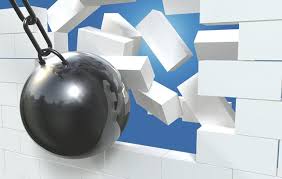 There's more than enough mind-bashing that we encounter as we make our way through life and resilience is required to conquer bullies, fools and enemies. External antagonism can be expected. I'm referring more to internal constructions of habits or even loyalties that are fruitless, unnecessary and self-destructive. And no-on is going to break them down except oneself. I don't think there are gentle ways of doing this: you take the decision, and once you do, a kind of auto-pilot kicks in and you begin to recognise the false perceptions and deregister them.

Here are a few examples of era-related perceptions that don't work:

The priest knopws more about God than you do.

What's on the cell-phone/tablet screen is more worthy of your attention than the person you're with.

The doctor knows more about your body than you do.

You're so very special that you don't ever deserve to be punished.

The better the feeling, the more the love.

The law is there for our good.

Education is the backbone of civilisation.

Whites are superior to blacks.

Blacks have been abused by whites.

Death is the end.

Death is the beginning.

Love is the most important thing in the universe.


Once emotions are locked into a perception that works against fruitful action, there's going to be a tug of war until something gives. That seldom feels like a joke. Families splt, marriages fail, nations battle against themselves and each other, and individuals die needlessly. 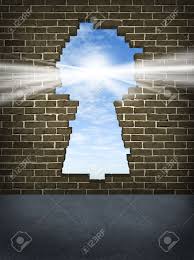 Breaking down bad habits of intellect, emotion and decision are as requisite as building habits of fruitfulness, and it's confusing and dismaying to realize that the relationship between these can be indistinct unless you have an extremely sharp and humble sense of clarity.

The real needs of the day are usually right in front of our noses. They are the ones requiring insightful thoughts, integrated emotions and clear decisions resulting in fruitful action.

Posted by Prof Walter Harry Willies at 07:26 No comments: