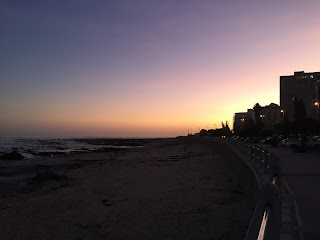 Almost all of the narratives jangling in our conscious awareness are semi-framed snippets of attempted coherence. The brain does its best to make sense, but the immediate environment has been too toxic for a long time. "Man is a wolf to man" said the philosopher. "At bottom, everyone is selfish," said my English teacher. There are only two certainties: tax and death, says popular cynicism.

I have other suggestions to make.

I have given up to a large extent on the story that I am an individual making my way through life before I succumb to death. Individualism is an overpraised heroism, and I have actually experienced its complete disappearance when I once drowned in the limitless ocean of perception with no possible boat to be known.

It's more invigorating to realise that each and every human organism, as are others, is a fragment of the living, organic pulse that spreads over the cooling crust of Mother Earth, participating in a living ecology that is both sensitive and strong. One thing leads to another in every possible way, and the living stories are the ones to look out for.

While it's true that organisms wear out, the concept of death is a non-concept, when it comes to clear thinking. Thinking and words go together, and too bad for cognition that lived experience is slippery to the attempted touch of truth. "Three things are true (or real...?) "said Woody Allen. "Birth, sex and death."

I'd include eating, as an effect of MasterChef.

Whilst we have the experience of being alive as humans, let's notice what the healing stories are. Help is often needed to do this: the small meanings, the details of delight, brief journal entries of joy. The fleeting yet necessary withdrawals, the hour of silence, the minute of bafflement, the second of recognition and a repetition of one daily ritual that brings safety.

The ticking of a well-known clock, a dog's ears, one sound known to only one person, and a moment of exquisite touch that links all procreation of the planet.

The healing stories are not merely the optimistic ones, but the leaking of one ocean into another, the dialogue of one universe with another. Humans are both unbearably stupid and brilliant star-gates at the same time. Mike Dooley is good at this perspective. Thanks for "Playing the Matrix", Mike.

The healing stories aren't difficult to find, but difficult to accept because of the overwhelming toxicity of the immediate environment. The healing stories emerge from human organisms, they aren't some kind of staircase, or magical passage out there. Paying attention, to what, where and how is key. And to leave your own organism out of this is poor strategy. Shared attention is a frequently used baseline for creating a narrative, and when someone takes charge of it, you're not in charge of it anymore. Politicians and preachers. They always want to kill the poets. Beware the story hijackers, who come as political leaders, business interrupters, evangelicals and coaches, those who seize a very little bit of academic research and weave their own powerful story thereon. You need this story. You will listen, and you will part with money to know more. Your rush of emotional curiosity and need will know no constraint. When must-have is manipulated and urged, so does a market arise.

The healing stories are less sales-like and more slow, like the slow drops after the downpour, not the crescendo of the impending storm.

The body knows the healing stories but we hesitate to follow their titles, because of their unassuming nature. While the immediate toxic environment wants to baffle, capture and use attention at every possible juncture, the healing stories have no such strategy. In the past few days I've watched pigeons use their tail feathers to swerve, land and perch with such aplomb. And this learning has come naturally to them. Compared to this, my own mind is immeasurably immature.

The healing stories are better than the toxic messages that fill our daily awareness. They are surprisingly real, more fruitful than the desperate attempts to dilute poison by engaging directly, although this is also honourable.

More on www.story-clinic.com
Posted by Prof Walter Harry Willies at 10:27 No comments: