An educational coach's take on Basic Education in South Africa

For international readers, Basic Education is a government department that regulates education in South Africa up to grade 12, the school-leaving grade. After that the department of Higher Education takes over.

Transformation is a key term that is bandied about, to justify what this department does. It was necessary to transform the old South Africa into a new South Africa after 1994, and education was an important aspect of this. The immediate priority was to de-racialise education (and everything else), so the leaders changed colour fairly rapidly. The insistence on this priority is still there. The policy of affirmative action smudges into ANC cadre deployment, so the suspicion that the Broederbond has been replaced by cadre deployment is not unreasonable. Then the grand strategy: outcomes-based-education was taken on: an over-ambitious, badly-advised choice which failed because it had to. It has been replaced by CAPS, a whipping-stock to turn gutter education into mediocre education, because no good teacher needs CAPS. Applied as it is at present, I anticipate that very few excellent teachers will appreciate being squeezed into a mediocre box, and thus, no educated, competent person will feel at home in a school before long. Whereas OBE pressurised teachers into an open-minded accountability, CAPS now pressurises teachers into a closed-minded accountability. Results achieved through curriculum and assessment. Just work, deliver, and don't think. This is not a good basis for growing awareness, reasonability or personal accountability.

I have heard that eighty-five per cent of schools and teachers in South Africa is dysfunctional. I haven't checked this figure for myself, yet what is evident is that the vast majority of schools and teachers is indeed dysfunctional. Effective leadership at any level of education remains a pipe dream while the politicians avoid serving the nation in any real way. It makes them stand out in the top echelons of the ANC, and as any school-child will tell you, standing out isn't cool.

What interests me is how people make sense of situations, especially young people, since life-long habits are formed early. Reading texts and reading situations are not dissimilar. The more proficient you become, the more acute becomes your sensitivity to subtleties. It doesn't take adolescents long to sass out what makes sense and what doesn't make sense in their school environment and to act accordingly. Unfortunately the older, wiser teachers in South Africa are prone to assuming that schools should still be the places they used to be: places where moral correctness was demanded, places where carefulness was instilled, places where respect was a norm. Not any more. School is a place you go to get your matrick. I'm deliberately spelling this incorrectly because it really is a trick. An illusion of education, because marks without related skills don't mean a thing. I'm really aghast at the way standards have dropped and marks have gone up, and both parents and learners are anxious to believe that that matrick will open doors on the way to survival if not wealth.

Soon there's going to be a crisis of credibility concerning the actual value of the matrick. Universities and employers won't be able to pretend that the matrick holders have the metaphorical hands to manage and accomplish what's required.

Enter the educational coach with the can-do proficiencies. The working, available model that replaces the plodding, boring, drunk, corrupt, incompetent or otherwise inept teacher who ticks all the boxes and stops there, happy to receive a salary for doing meaningless work that is deemed to be meaningful because it's dressed up in the trappings of formal requirement. Don't get me going on educational bureacracy.  There's a three-way relationship that is the real basis of meaningful education, and that's between teacher, subject and student. The rest is bureacracy, and best minimized as far as possible.

If I had my way, I'd set the students free with an ipad and an educational coach. What could be better than a comprehensive up-to-date encyclopedia in your hand and someone whose guidance clarifies and directs where needed?

Here's a truism: schooling tends to make us stolid. Education at its best frees us. We seldom realise what it is to be free. We seldom use our freedom for growth. At every point of our living we are influenced and entrapped by political and economic agendas. If I could sum up Nicholas Berdyaev's impetus in a succinct way, I would say, "Loose mankind's imperatives, and look for the spiritual imperative".

The coaching continuum reaches all the way to that which is spiritual. Under Chrisitan Nationalism, the curriculum of necessity included spiritual awareness, which was indeed contorted, but nonetheless aware. I doubt that state schools in South Africa will ever regain spiritual awareness in a social way.

Re-enter the educational coach. Rapport, focus and intent between people is a marvellous generator of fruitful energy.

In past decades, gifted child programmes and enrichment programmes were luxuries: I now perceive them to be basic, more basic than basic education. While the minister of basic education pulls the matrick results out of the envelope as well as the hat, and shows indisputably that more learners have passed than ever before, individual giftedness in whatever form it manifests dries in the sun of the classroom that isn't there.

National graphs mean little at the rock-face where the child or adolescent or adult hasn't stepped into a role of fruitful learning. These are political tools used to tweak perceptions.

My parting comment: go to school because you must and go to university if you should, and look deeply into what sets you free from imperatives you have not deliberately chosen with your whole being. 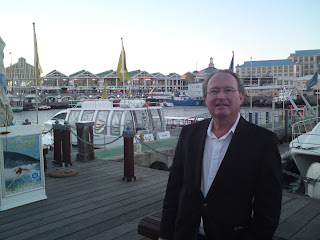