It's not difficult, it's actually impossible but you find people who are intent on doing this. I think it's a compulsion born of a too urgent requirement arising from slightly crazy circumstances or totally crazy parents or families. I never met my paternal grandfather, but I know he was intent on converting the Catholics to being Protestants. When you encounter zeal, take care. Sometimes a zealot claims the course is love, and then you have to duck.

The first thing to recognise is that God is not a noun. God is more like a present continuous verb, the action of which is creative being, an overwhelming, enigmatic, ontic, essential presence, in respect of which the human mind has to learn rather than command.

Humility becomes necessary when you focus on God.

Do religions matter? I think not really, at the end of the day, as much of formal religion is man-made. Respond to the part that's God-made. I grew up in a fervent and committed Christian context, where the Bible was God, because that was how God was communicated. I learnt to fear the Bible much as a pupil in a nineteenth century school learnt to fear the strap, belt, ruler and cane because that's how God ruled, according to the teachers of God's word. That wasn't true, of course, but I had to learn the very difficult lessons in respect of truth being different to that message. I still learn.

When I focused on God, I read the theologians, mystics, mediums, prophets and poets.Some of these were helpful. But I found that the actual focus was on words. The grander they became, the less I understood. Yet every now and then, there was a current of energy and drama that entranced and motivated me to grow towards a real yet unnameable dream.

I became aware of participating in an eternal drama, representing something hardly born in my guessing consciousness.

I don't want to go into personal narrative, in respect of focusing on God; that's just that: personal narrative. What I want to declare is that if you really focus on God, things will change in your life. This focus requires a move from concept to commitment, from casual enquiry to care, from obsservation to action.

God is no gendered, ultra-human in a separate heaven: God is more like a holy Presence who will visit you if you make yourself open. I understand God's presence to be usually subtle in a one's personal life, utterly obvious in social and economic dynamics, and more often than not absent in formal religion.

We're blessed when God shows us something of divine Presence in our daily joys and domestic affections. Home cooked curry, the cat and rain on the roof are much of God's love. Humans and hobbits are closely related.

I have never managed to forget the heaps of personal belongings and photos lying in abandoned warehouses filled with empty and futile nostalgia that Schindler's List showed us.

In my heart I rail against empty and futile nostalgia. I sense this is not how God works.

God is never about separation, but rather total engagement.

The terms of such engagement might be in the table of elements, human intentionaltiy, Divine grace: pick the words and terms you want: they don't matter other than that they open your mind and awareness rather than close and limit your focus: and that's your business: to focus.

When you choose to focus, your choice is assisted, I believe. Mind is never merely yours; consciousness is not merely solitary, awareness is never limited. You're working out your salvation, perhaps in fear and trembling, because it's God working in you. 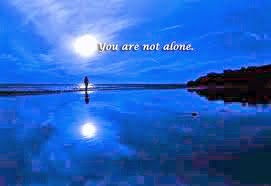