Biofocusing, smudging the self, and health. 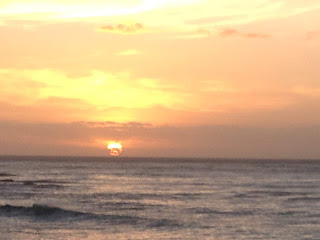 Please don't leave out the comma. I don't want to smudge health, just the self.

I've worked for some time on biofocusing,  a healing modality, and the time seems to have arrived. As I sit in my garden, listening to birds apprehending spring, even though it hasn't arrived according to dates, they certainly sense what's in the air.

The living body is part of a fierce yet delicate ecology, and I've been grappling with Martha Beck's sense of "oneness". I get all her four steps, and I wish I could have articulated them myself: wordlessness, oneness, imagination, formation. I knew them before I read her book, and I'm stuck on the "oneness". So I'm writing this to help myself either into or out of "oneness".

Authentic writing always comes with a dose or tinge of vulnerability, and I suddenly recognise that my entire academic career has been motivated by the need to get away from vulnerability. I don't want to spend my life weeping in a corner, and I haven't. I've spend my subterranean life watching the tides come and go, hiding from floods and fear, using my energy to move between swimming, suffering and sinking, and now I've come to the realisation that these human skins are more like live cell-phones than semi-conscious containers of the self.

There is no "self". Gilbert Ryle hit the button when he referred to "the ghost in the machine". I've had the experience of being selfless, and it wasn't like a Mother Theresa moment. It was just a swirl of images that came from everywhere and moved everywhere, and the madness of that very small momentary me, experienced itself gone, and the waters of watchfulness were complete, and entirely unmanaged.

The point of biofocusing is to grant attention, as fully as possible to another being, and to hold the intention of healing and wholeness. To know more check Lynne McTaggart. I've followed her class for six months. Much works. It's like asking is it just me or is there more? The more is the answer.

In fact, the "me" has to accept that smudge that I don't know how to do because I've had to fight so hard to be a "me". Obedience was a prerequisite, politeness a necessity, niceness a passport to acceptability and acquiescence a way of turning me into a parting-with-money candidate.

Biofocusing means to turn attention to the simplicity of being alive and what this imparts. My interest in this respect is about health and healing. I'm not sure that illness is necessary, and to the extent that it isn't, I'd like to remove it. Medical science has its own way of approaching this, but is often hijacked and distracted by corporate interests. Doctors are educated and trained in certain ways but not others. Biofocusing uses as much human attention as possible to achieve as many healthy solutions as possible. The ecology of who we are and how we work as organisms is relevant here.

And these two notions smudge. Here's to saying "I'm an ecology" rather than "I'm a person". Or "my name is Walter".

My organism is identifiable, especially for tax purposes, but its delimitation is non-existent, if that's not too ironic to contemplate. We could think that the elements of our living are simply placed on an orderly table of rows and columns that know all about our mass, molecular number and availability to bond, and that's true enough, but the subjective suddenness of the whole thing isn't neat at all. The smudge between living and more living has never yet been put into words without making us startled and scared.

The story of humanity is ours to create, not something to follow as a slave would accept shackles. Instead of rambling on, I'd say that the self isn't a priority, it's a smudge between all possible worlds and the reason and purpose why we're alive is to create whatever makes sense. And a necessary part of that purpose is our wholeness, our health. Much has worked, if not conspired, to allow us to arrive here in all our linguistic splendour, talking both clarity and crap in equal measures most of the time.

Biofocuisng wants wordlessness, and then oneness. I begin to recognise that some aspects of oneness require honesty that has been shut up by early influences. It's up to each one of us to identify and explicate those to ourselves. I have Martha Beck's book "Leaving the Saints" waiting to be read next. Perhaps that will help me even more. My own journey was to leave the Christian Brethren. I look at that wavering path with disbelief, now, wondering how words could possibly interfere with wisdom to the extent that they do.

So I'd recommend biofocusing, especially to those whose bodies are demonstrating stories that aren't readily decipherable. Maybe we can deal with sickness, illness and pain on levels that include but aren't limited to medical science. That's my purpose.